While the focus of the first episode of Lost's final act was clearly sprawling, much like the season premiere, it still had a very "Jack" vibe to it. The events on the island were, a few Sawyer and Sayid asides aside, largely focused on Jack: his conversation with FLocke, his reunion with Claire, his ultimate decision to leave Sawyer's boat. The flash sideways, for all its disparate characters, spent the most time getting Jack and Claire together, and getting Sun, Jin and Locke to Jack's hospital.

"The Last Recruit" is the bridge to the final episodes. As such, it felt very much like one of the penultimate episodes of previous seasons, moving people into place for the forthcoming conclusion. With only five hours of Lost left, it feels like there's still a lot of ground left to cover in a short amount of time. On the other hand, having that penultimate feeling this far removed from the actual finale bodes well for the show's remaining hours.

Stuff Worth Mentioning
Sideways Sun seemed to have a vision of the island, as she was scared of Locke when they were wheeled into the emergency room together. It's unclear if Locke had a vision of the island, though his line about how he was "going" to marry Helen (which Ben interpreted as fatalism on Locke's part) could mean that he saw his island life and their failed relationship.

When Sideways Kate and Sawyer were flirting in the police station, a lot of attention seemed to be focused on those apples; the internets are already buzzing that this might be a clue that they're destined to be the Adam and Eve skeletons. I'm not so sure. 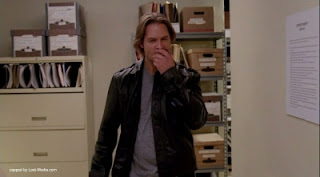 Sawyer: “Who the hell’s Anakin?” Must not be a prequel fan.

Not Tina Fey gave FLocke until nightfall to surrender, just as he gave everyone at the temple until sundown to join him, or die.

I'm very glad Sideways Desmond didn't throw Claire down the stairs or something to trigger an epiphany.

After taking her carjacker to the hospital with her, Sideways Claire accepts legal help from a borderline-creepy Desmond. She really is the most trusting person in LA.

Claire was going to the Western Pacific Adoption agency; any significance to that name?

Both the adoption agency and the law office are on the 15th floor.

With her flash sideways debut, Ilana quickly joins the list of dead characters with more story left in them who come back to wink at us from the flash sideways instead of resolving their lingering story issues. 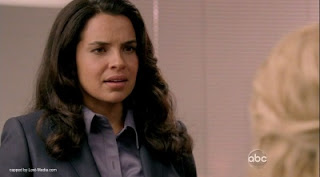 How cute were Jack and his son, in their almost identical suits? They even walked alike at one point. 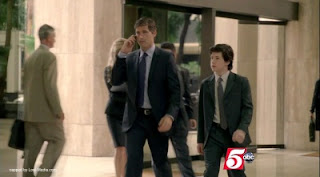 They teased the identity of David's mom again. At first, I figured she was a non-issue, but after that phone call with Jack (in which we never hear here voice and he never refers to her by name) I'm starting to think maybe she will be "somebody".

When Sideways Jack looked at Locke's X-rays, he mentioned the dural sac; this was the same part of the spine he accidentally cut in his infamous "five seconds of fear" story.

Frank's comment about Sun getting her voice back was, perhaps, the corniest moment of Lost ever (if anyone besides Frank had said it, it would easily be corniest, no doubt) and completely unnecessary; a line inserted for noobs that couldn't figure out for themselves that Sun's reunion with Jin=reunion with English.

The Widmore bombardment at the end likely had the same effect as the flaming arrow attack at the beginning of season five: getting rid of the random extras milling about in the background. Were Cindy and the kids there at the time? How 'bout Sayid? 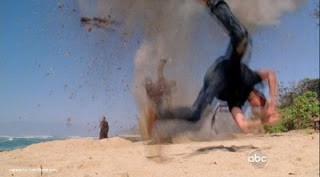 Do we think last week's Hurley episode the last character centric episode of Lost? With so much ground left to cover, will all of the remaining episodes be multi-focused like this?

Questions Answered
Assuming we believe FLocke, he was masquerading as Jack's dad in season one's "White Rabbit". It remains unclear if he was responsible for the other Christian appearances throughout the season. Personally, I think FLocke's lying; he seemed put off when Jack asked him the question, like he was perturbed that Jack saw Christian, and wanted to undermine whatever significance that has by saying he took the form of Christian. 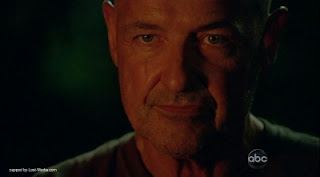 Sawyer let Kate go in "LA X" despite being a cop because he didn't want anyone to know he was in Australia.

Sayid asked FLocke to bring back Nadia in return for his services.

If nothing else, FLocke used that stick he was whittling last episode to smash Widmore's radio.

Questions Asked
Was Locke just a sucker, as FLocke maintains? Or will he still have a greater significance to the outcome? 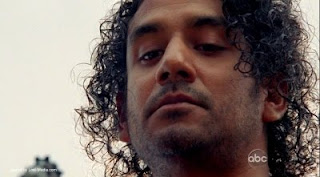 How did Widmore know where FLocke was when he bombarded him at the end? FLocke had smashed the radio Not Tina Fey had given him.

Who was the titular "last recruit"? Was Jack the last recruit for which FLocke was waiting? Is Jack's insistence that the island isn't done with him proof that he's fully embraced the destiny laid out for him by Jacob, making him Jacob's last recruit?

Next Week: Ab Aeterno
The Richard flashback ep reruns as the producers push everything back so the penultimate episode of the show can air on May 18th, five days before the finale, instead of May 11th. 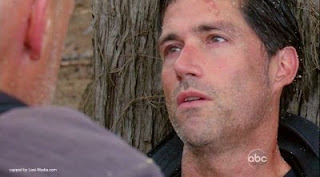