"You don't have what it takes." Those words, spoken to Jack by his father when he was young, speak to Jack's inability to be a hero. Lost is an ensemble show, but in many ways, Jack is the central character. The crash of flight 815 and its immediate aftermath was seen through his eyes, he's received the most character-centric episodes (with mixed results) and is the driving force behind many of the most significant events on the island. In fact, the grand narrative of Lost, at least from the perspective of the Losties, could be seen as Jack's quest to prove to his father he does have what it takes to be a hero.

In the fifth episode of season one, spurned on by the memory of those words, Jack chased his father into the jungle, eventually finding the caves: shelter, water, and one of the island's earliest mysteries (the Adam and Eve skeletons). In the fifth episode of season six, Jack is mysteriously told he does have what it takes, and driven by those words once more, treks into the jungle with Hurley, once more coming across the caves before reaching Jacob's lighthouse. The Jack of season six is still almost as lost as the Jack of season one. Once a man of science, he turned to faith, believing returning to the island would fix him. With his master plan involving Jughead a seeming failure, Jack is as confused and broken as ever before.

In the sideways world, Jack is also grappling with his father issues, though this Jack faces them from a different angle as he realizes his son looks at him the same way Jack saw his father. Because everyone seems better off in the sideways reality, Jack is able to heal the rift between him and his son before it grows too big. Much as sideways Locke won't let his disability define his life, sideways Jack won't let his father issues prevent him from maintaining a healthy relationship with his son. Perhaps sideways Jack, with his ability to move past his father issues, is the Jack Jacob is trying to lure to the island, a Jack who does indeed have what it takes.

Stuff Worth Mentioning
This is the 108th episode of the show.

Another "are they channeling the other reality somehow?" moment as Sideways Jack's appendectomy scar triggers his Spidey sense. And a further indication of how different this reality is: his mother said his appendix was removed when he was a boy; Island Jack had his removed on the island in season four's "Something Nice Back Home".

Sideways Jack drives the same jeep as Beardo Jack did in the season three finale. 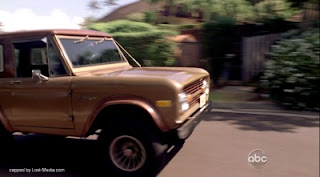 According to Lostpedia, Dogen's retort to Hurley in Japanese can be translated as "you're lucky that I have to protect you. Otherwise I'd have cut your head off."

"I just lied to a Samurai."

There is a bottle of MacCutcheon whiskey in Christian's office.

Despite not crashing on the island together, the threads of the Sideways Losties continue to come together; it seems Christian's will might lead Sideways Jack to Sideways Claire.

Speaking of that will, for someone who was having a hissy fit about not finding it, Jack's mom found it pretty easily. It wasn't exactly hidden. I'm just saying, is all...

Sideways Jack read Alice in Wonderland to his son; Island Jack read it to Aaron in "Something Nice Back Home".

Jack's son joins other musicians on the show such as Charlie, Daniel and Jack himself, who's been seen playing the piano from time to time.

Hurley's comment about the Adam and Eve skeletons being someone we know that traveled through time is a nod to the many fans who have theorized as much. 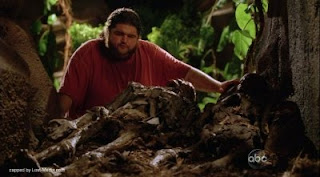 Clairesseau: ''If there's one thing that'll kill you around here it's infection.'' Zing!

Claire said she was tortured and branded by the Others at the temple...which is how they diagnosed that Sayid was infected.

A sign outside the auditorium where David was auditioning read "welcome all candidates." Ha! 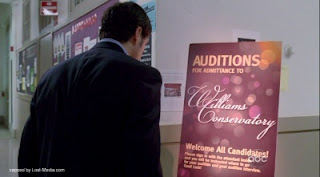 David played the same piece by Chopin that young Daniel played in "The Variable" before his mother told him he wouldn't have time for music.

Dogen's appearance in the flashsideways suggest he either came to the island after 1977, or else the differences between the two realities reach back farther than Jughead's detonation. 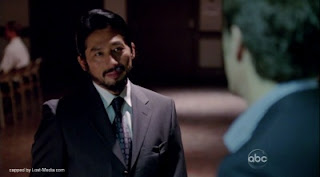 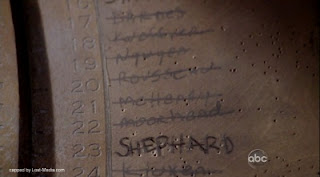 Jack's done a lot to frustrate me through the years, but I've never been more frustrated with him than when he smashed those mirrors. That it was later revealed to part of Jacob's plan did little to assuage my frustration.

The main island plot of this episode mirrors the previous episode: a supernatural being (Smokey/Locke) triggers a trek across the island in the name of answers. In the last few minutes, a bit of the show's mythology is revealed, involving numbered lists of the main characters.

Questions Answered
More numbers: the numbers assigned to a candidate correspond to a degree on the lighthouse's protractor. Turning the mirrors to that number seemingly allows Jacob to observe the candidate. 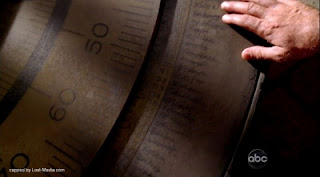 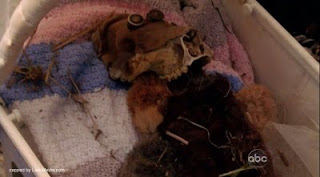 Was Jacob pouring something into the temple spring? 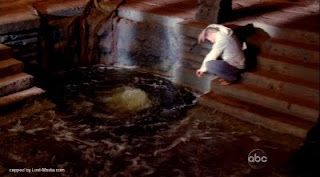 Who is David's mother? Jack's ex-wife Sarah (who's too busy with Modern Family to make an appearance)? Someone else? Is it even important?

We know the Others didn't travel through time as the island jumped around at the beginning of last season. It would appear Claire didn't either; how come? The same reason the Others didn't (whatever that may be)? 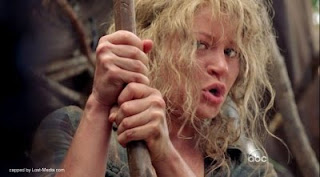 Clairesseau referred to her father and her friend as though they are two different people, but a popular theory is that the Christian who took Claire off into the jungle was a manifestation of Smokey. Does this suggest they are two separate entities, or just that Claire thinks of them as two different people and has never seen them together? Clairesseau seems able to see through Smokey's form (she knew it wasn't Locke but her friend); doe he appear to her differently? Does she just see him for what he truly is, regardless of his shape?

The lighthouse mirror showed Jack's childhood home; could that mean 23-Shephard refers to his father?

Next week: Sundown
The post-episode preview was even more cryptic than usual, but assuming the pattern continues (and judging from the title, it will) we'll probably catch up with Sideways Sun and Jin. On the island, perhaps Sun and Jin will finally be reunited. 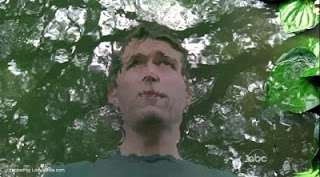