Review: No Country for Old Men

Do you ever wonder if you're retarded? No no, this is a serious question. Think about it. What if you've lived your life mildly mentally handicapped and nobody has ever had the heart to tell you. Everybody knows about your handicap so they just try to make you feel good about yourself. You do something that you think is clever and people praise your for it. You think you're one smart cookie but in actuality any person of average intelligence could do what you do twice as well and in half the time. No Country for Old Men made me consider that I may be retarded and not even know it.
After I saw No Country for Old Men I went online and looked at the reviews. They were all glowing, said the movie was wonderful, and declared this movie one of the greatest of all time. Nobody pointed out the glaring flaws that I saw in the film. After reading the 10th review that declared this movie a masterpiece while ignoring its obvious issues I decided that it was time to take a good hard look in the mirror. Perhaps the problem wasn't with the movie at all. Maybe the problem was with me. Perhaps movies having climaxes and conclusions and tying up loose ends is just simply overrated. Maybe movie critics are just plain smarter than I am. If that's true, if I'm just not smart enough to realize that the problems I saw aren't really problems at all, then this review is worthless. I could try to think like all those non-retarded critics and write a review from their perspective but Thomas Nagel has taught me I can never truly know "what it's like to be a bat." So I must review this movie the only way I can, from my own perspective.

No Country for Old Men takes place in the heart of Texas and mainly focuses on a Vietnam veteran named Llewelyn Moss (Josh Brolin). Llewelyn stumbles upon a pile of money left over at the site of an apparent drug deal gone wrong. Llewelyn takes the money and is soon pursued by many a people who would like the money themselves, most notably the very creepy and very deadly Anton Chigurh (Javier Bardem shown right). Other people, like Carson Wells (Woody Harrelson), get in on the action and soon it's an all out free-for-all for the case full of dough. Sheriff Ed Tom Bell (Tommy Lee Jones) is a no-nonsense-cop-that's-worn-down-by-life that tries to sort out this mess and hopefully save Llewelyn.
Let's face it, this movie is about a case full of money and a lot of people shooting at each other to get it. The scenes (directed by the Coen Brothers) were exquisite and the acting was spot on. This was my type of movie and it had me hook, line, and sinker. I loved it...until the last 15 to 20 minutes.
Unfortunately, since the final 15 to 20 minutes constitutes 'the end of the movie', I'm having a hard time portraying what I disliked about this film without ruining it for you. The best I can say is that near the end the movie branches off quite suddenly to a different direction. The story was building up and moving towards an exciting climax that is never shown. I know some of the reason this happened.
The theme of the movie is incredibly nihilistic and definitely not of the feel-good genre. So a lot of the meandering plot that takes place at the end of the film is to drive home this theme. But I think there are ways to get the theme and point of view of this movie across without screwing the fans over and denying them of any real ending or answers. I believe there's a happy medium to be found and I wish the directors would have strove for it. I'm not saying that every question needs to be answered in a movie nor am I saying a movie should strictly adhere to a formula. Just because a movie is walking down one path doesn't mean it can't throw you a curveball and send you veering down a completely different path. However, with No Country for Old Men, its the numerous questions left unanswered combined with the curveball combined with the lack of climax combined with the seemingly random events and scenes at the end that left me feeling ultimately unfulfilled.
With all that being said, if you read this review and decide to see No Country for Old Men then I would almost guarantee that you'll like this movie more than I did. Like I said before, the writing and acting is superb and now you'll be prepared for the unorthodox ending. So, in a strange way I'm compelled to recommend No Country for Old Men since, with the knowledge that this movie has a less-than-fulfilling conclusion, you'll be much better equipped than I was to enjoy the movie.

Recap:
The Good: Great acting. Great writing. The movie starts off as riveting. It will suck you in. The scenes of Llewlyn on the run from Chigurh are as tense and exciting as any movie I've seen.

The Bad: This movie infuriates me to no end. The movie spends an hour and a half showing me just how incredible a Coen brothers movie can be and then they screw it all up. But enough about the ending. Another thing that bothered me was the constant message of how society is going to Hell. I mean, if you listened to all the old-timers then you'd think hordes of gang-bangers are out raping and pillaging major cities at all hours of the night. Let's all calm down. Things aren't as bad as they seem. I suppose I'm showing my own bias. Just because I don't agree with a message doesn't mean the movie doesn't have the right to say it, but I just felt like I was being beat over the head with that particular message. (In the movie's defense, though, a character does bring up the point that perhaps things aren't that much worse than they were 50 years ago. Perhaps people are just selectively remembering the good parts of that era.) Oh...a lack of nudity doesn't help anything either.

The Disappointing: I'm going to have say I was disappointed in the critics response to this movie. Or, more specifically, the critics not addressing the end of this movie. All they talk about is the great acting, writing, and directing. It's like walking into a house and discussing how nice the kitchen and master bedroom are and ignoring the giant pile of dead hookers in the living room.

I know you guys would love to see that picture but, alas, we have standards...yeah right. I did a Google image search for "Giant Pile of Dead Hookers" and the first result to come back was this: 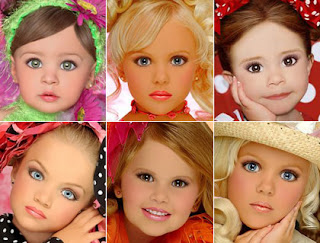 Yeah, this movie's rough and gritty. So grab a glass, fill it with cheap manly-man whiskey, and slam the sucker. It'll go down smooth but the finish will burn your throat. It's a hell of an aftertaste, but you're tough, you can take it.
Newer Post Older Post Home
Posted by Dr. Bitz at 2:28 PM