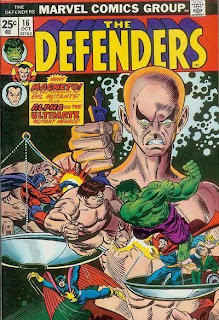 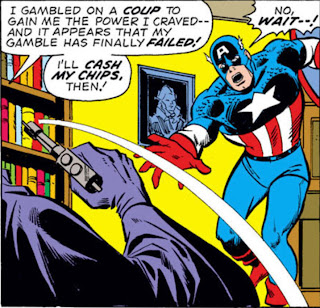 Firsts and Other Notables
Magneto (and the rest of the Brotherhood) are turned into babies, a resolution which fits the kooky and offbeat nature of The Defenders and sets up Magneto's next appearance in X-Men. 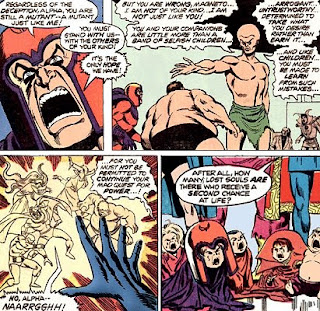 The X-Men depart for a secret mission in the wake of Marvel Team-Up 23. It's never been definitively determined what this was setting up, but as Len Wein wrote both that issue and Giant Size X-Men 1, it's possible this is setting up the events of that issue.

A Work in Progress
It's revealed that the costume Magneto gave Angel in the Savage Lane was slowly collecting his energy so that Magneto could wear the costume and be restored to full power.

Marvel Girl is drawn in Avengers 111 with brown hair, most likely to distinguish her from the red-haired Scarlet Witch and Black Widow who also appear in the issue.

Havok and Lorna Dane, who were last seen returning to the X-Men in Incredible Hulk 150 apparently left the team and retired to the southwest before being captured by the Secret Empire.

Juggernaut escapes (again) from the Crimson Cosmos, his rapid aging in Amazing Adventures 16 revealed to have been a hoax perpetrated by the powers of that dimension. 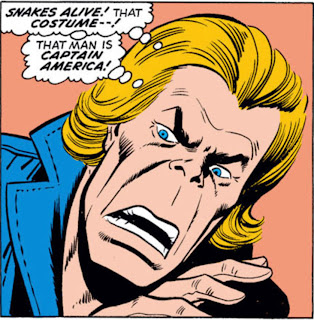 The various mutant disappearances that are peppered throughout these issues are traced to the Secret Empire, who kidnapped the mutants and harnessed them to a machine which used their mutant energy to power the Secret Empire's equipment.

Throughout most of these issues, the X-Men appear in their original training uniforms with no explanation, until Steve Englehart drops a line of dialogue in Captain America saying the X-Men started wearing them again (though they'll be in their unique costumes in Giant Size X-Men 1). Not sure if the artists around this time had outdated model sheets for the X-Men, or if someone just liked the old uniforms better. 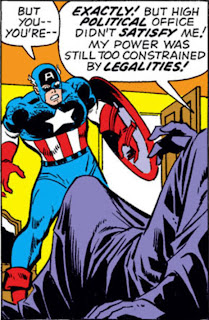 Magneto makes an enthralled Scarlet Witch dance for him, which becomes retroactively even creepier when it's revealed she is his daughter. 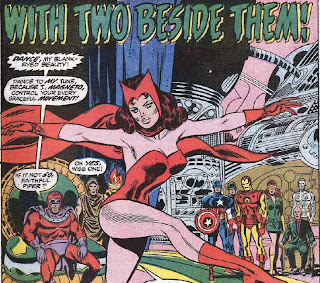 Teebore's Take
Steve Englehart continues to do the heavy lifting when it comes to keeping the X-Men around, working them (and mutants in general ) into his long running Secret Empire storyline. I'd be curious to know if this was done by editorial edict, or something Englehart chose to do on his own. The Secret Empire storyline has always been considered a very personal one and one which Englehart crafted more or less on his own, in which case it'd be interesting to know from where this seeming affinity for the X-Men came.

However, the biggest event in this chunk of issues will turn out to be the relatively ridiculous plotline involving Magneto and the Brotherhood being restored to infancy. This random and goofy event will, once Magneto is re-aged, create a sort of do-over for the character, allowing his origins to be explored free of any hassles brought on by Marvel's sliding timeline (because now the character will be younger). Chris Claremont, after restoring Magneto to adulthood, will see this opening and use it to great advantage.
Newer Post Older Post Home
Posted by Austin Gorton at 8:00 AM